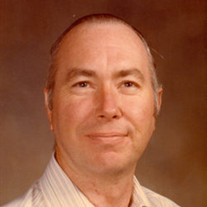 William was born November 26, 1939 at the Alva General Hospital to William J. and Hildred May (Leatherman) Quast. He passed away suddenly on January 22 at the age of 70 years, 1 month and 27 days on a farm south of Capron. Billy attended the Lutheran School and graduated from Alva High School with the class of 1957. He graduated from Northwestern State College on May 26th 1961 with a BS degree in Chemistry and Mathematics. In May of 1969 he received his Masters of Education degree. He taught in the South Barber School System until retiring in 1984. He played the Violin in High School and College as well as sponsoring sports events while teaching in Kiowa. He loved basketball and was an avid KU fan. After the passing of his father, W.J, Billy became a fulltime farmer and cattleman taking over the family business. William was baptized in Lutheran Church on January 28, 1940 and was confirmed in the Zion Lutheran Church on March 29, 1953. Billy was preceded in death by his father, William on August 11, 1983 and his mother, Hildred on April 22, 1987 William is survived by his aunts, Melva Terbush of Wellington, Kansas, Luella Leatherman of Cleawater, Kansas and Hazel Leatherman of Alva. Numerous cousins; Nadine Keitel, Neva Graham, Leola Meyer, all of Alva, Xenia Mae Gallaugher of Medicine Lodge, Kansas, Glenn and Georgianna Gagnon, Bruce, Gina, Chelsie, and Josh Keitel, Bonnie and Jack Simpson of Garden City, Kansas, Charles and Collene Leatherman of Alva, Ronnie and Farrah Arebalo of Springerville, Arizona, Steve and Gayle Arebalo of Prospen, Texas, Luke Gagnon of Waynoka and Abbey Gagnon of Houston, Texas, Duane Ring of Kingfisher, Lester Corr of Alva, Donald and Alfreda Rodgers of Hartdner, Kansas, Scherrell Bushman, Raymond Leatherman, Ronnie Leatherman and Deloris, J.L. White, Cindy McDonald and other nieces, nephews, other relatives and friends. PDF Printable Version

William was born November 26, 1939 at the Alva General Hospital to William J. and Hildred May (Leatherman) Quast. He passed away suddenly on January 22 at the age of 70 years, 1 month and 27 days on a farm south of Capron. Billy attended the... View Obituary & Service Information

The family of William E. Quast created this Life Tributes page to make it easy to share your memories.

Send flowers to the Quast family.