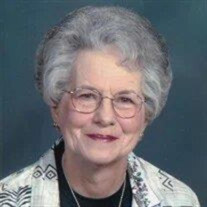 Shirley Lancaster Reed, 85, passed away on April 21, 2022, in Tyler, Texas. Her funeral services will be held at the Stewart Family Funeral Home, 7525 Old Jacksonville Highway, Tyler, Texas on Monday, April 25, 2022 at 2pm. Visitation will be... View Obituary & Service Information

The family of Shirley Lancaster Read created this Life Tributes page to make it easy to share your memories.

Send flowers to the Read family.