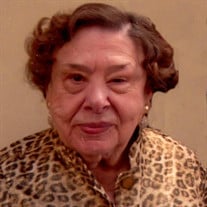 Shirley Beltz was born in Lambert, Oklahoma on July 31, 1934 to Ben B. Beltz and Delia W. (Anderson) Bletz. She passed away at Longmont, Colorado on July 27, 2017 at the age of 82 years, 11 months, and 26 days. On July 27th 2017 the Lord took Shirley Joy Beltz after a lifetime of commitment which began when she was baptized 12/08/1946 at the First Baptist Church in Cherokee, OK. Shirley was born on July 31, 1934 in Lambert, OK to Ben B. Beltz and Delia W. Beltz. Years later when Shirley was 2 she moved with her family to Oakland, Ca and later attended Whittier Elementary. Years later Shirley moved to Albany Ca where she attended Marin Elementary. Just before WWII ended Shirley returned back to her roots in OK and later graduated from Lambert High School receiving the American Legion Award. Shirley continued her education and achievements graduating from Draughn's Business College with an Executive Secretarial Degree. Shirley's achievements included working as a Executive Receptionist for Alfalfa Electric Co, PBX Operator and Private Secretary for Clarence Green and later after returning to Shawnee Ok she worked as a dental assistant for Dr. Bill Bryant and Dr. Don Vogt. When Shirley was not working she sang in 5 church choirs for over 20 years. She is survived by her two sons William Dean Beltz (his partner Judi Atwood) Longmont, Co and Ben Beltz ( wife Katrina) Houston, Texas three grandchildren Mandy Loraine, Christy Coleen both in Houston, Tx and William (aka Willy) Longmont, Co niece Jamie Kelly and a great niece Courtney Kelly of Shawnee Ok and numerous cousins. At the time of her death Shirley resided in Longmont Co, with her son William Dean Beltz. Shirley Joy Beltz was predeceased by an infant sister, her sister Carol, her mother, her father and her brother-in-law J.C. Bowles. In lieu of flowers donations may be made to the St. Jude's Children's Hospital https://www.stjude.org/ or The Cherokee First Baptist Church of through Wharton Funeral Chapel.

The family of Shirley Beltz created this Life Tributes page to make it easy to share your memories.

Send flowers to the Beltz family.