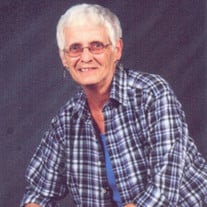 View the image gallery -- View a Video -- Fowler Sharon Kay Fowler was born in Springfield, CO on June 27, 1944 to Hallie Oreon Wade and Eula Mae Adkisson. She was welcomed into the world by her two brothers Roy Dale and Donald Leon. After her birth there was added a sister, Linda Mae. Hallie later married Margaret Gibson and there were three more brothers added to the family. They were Hal Eugene (Butch), Kenneth Lee and Ralph Lynn. As Sharon grew to adulthood she lived in the following towns: Springfield, CO, Norman, OK and Los Angeles, CA. She graduated from Eagle Rock High School in Los Angeles, CA in May of 1962. She moved back to Springfield, CO in 1963 were she met and married Glendale Ray Spell. To this marriage was born three children: Brenda Kaye, Terri Lynn and Eric Ray. Sharon and Ray were divorced in March 1969. In 1970, Sharon married Darrel Wayne Utt and to this marriage was born Wendi Dawn. Sharon and Darryl were divorced February 1978. On November 18, 1978, Sharon married her junior high sweetheart, Elmer (Bud) Laverne Fowler. Bud brought four children to this marriage: Daniel Paul, Isabel Candice, Donna Kay and Michelle Rae. Bud went to his heavenly home on September 6, 1995. During Sharon's life, she worked at many varied jobs to provide for her family: secretary, ran a cleaning service, telephone operator, and cashier. She loved to read, to listen to music, to garden and to do crossword puzzles. But her favorite activity was spending time with her grandchildren. At last count she had 43 grandchildren and several great grandchildren. The last eight years of her life Sharon valiantly fought cancer till on December 8, 2010 she passed on to her heavenly home. She will be greatly missed by family and friends. She never met a stranger and welcomed all into her home with open arms and heart. Sharon is survived by her mother Eula Popovich, her sister, Linda Wade, and her brothers, Leon Wade, Butch Wade, Kenny Wade and Ralph Wade. She is also survived by her children (steps included) and the their families: Brenda Rebarchik, Terri Fowler, Eric Fowler, Wendi Buchanan, Michelle Duran, Candy Asevado, Donna Critchlow and Daniel Critchlow. PDF Printable Version

The family of Sharon Kay Fowler created this Life Tributes page to make it easy to share your memories.

Send flowers to the Fowler family.