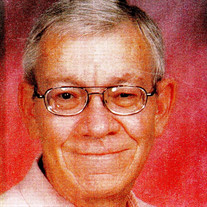 Ross Dea Phillips, 74 of Alva, Oklahoma went to be with the Lord May 21st, 2021 at his home surrounded by family. Ross was born February 16th, 1947 in Enid, Oklahoma the son of the late George and Beulah Jeanne Phillips. Ross had 3 sisters, Yenna King (Enid), Melissa Atkinson (Arlington, Texas) and Becky Seymour (Enid) On June 3rd, 1968 Ross married Frances Reyes Phillips who survives him at the home in Alva, Oklahoma. From this union three children were born: Kerri Phillips (Alva), Stephen Phillips (Elk City), Michael Phillips (Alva), eight grandchildren and four great grandchildren. Ross was a 1965 graduate of Enid High School; in July of 1966 He began Basic Training for the United States Army at Fort Polk in Louisiana. In January of 1967, Ross received orders to be deployed to Vietnam as a Combat Medic where he served until December of 1967; he was wounded in April 1967 and again in August 1967. Ross was awarded the National Defense Service Medal, Vietnam Service Medal, Vietnam Campaign Medal, Purple Heart Medal, Bronze Star Medal, Combat Medic Badge, First Oak Leaf Cluster to Purple Heart Medal. He was very proud to serve his country and loved the men he served with. Ross and Frances made their home in Enid, Oklahoma after his service ended with the United States Army. Ross worked for the United States Postal Service for 33 years before his retirement in 2001. He began his career in Enid as a mail carrier. He served as Assistant Postmaster in Alva and Postmaster in Cherokee and Elk City. Ross was an avid fisherman and enjoyed fishing with his children, grandchildren and great grandchildren. Ross loved hot rods from early muscle cars to all types of Corvettes. Over the years he owned several, you could always find his red Corvette parked in front of the Royal Game Room in Elk City which he and Frances owned for several years. Ross loved to play pool and dominoes. Ross had another hobby that began when he was a child and continued up until his passing which was softball. Ross was a member of the Like Cola 1985 Oklahoma Class B State Champions from Enid. The family remembers countless evenings and weekends spent at Kellet Park in Enid and numerous weekends of softball all over Oklahoma. Ross took great pleasure in watching his OU girls’ softball and going to the Women’s College World Series at Hall of Fame Stadium in Oklahoma City. His greatest passion in life was his relationship with his Lord and Savior Jesus Christ and his family, especially his wife Frances. After retirement Ross could be found at Sonic every afternoon during happy hour picking up a Route 44 Diet Cherry Limeade with Cranberry for Frances, taking it to her at work and then taking her deposit to the bank. Ross was a great husband, father, grandfather and friend to many.

Ross Dea Phillips, 74 of Alva, Oklahoma went to be with the Lord May 21st, 2021 at his home surrounded by family. Ross was born February 16th, 1947 in Enid, Oklahoma the son of the late George and Beulah Jeanne Phillips. Ross had 3 sisters,... View Obituary & Service Information

The family of Ross Dea Phillips created this Life Tributes page to make it easy to share your memories.

Ross Dea Phillips, 74 of Alva, Oklahoma went to be with the Lord...

Send flowers to the Phillips family.