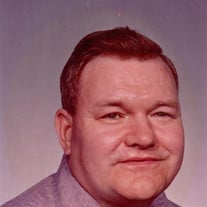 Service: Graveside Capron Cemetery, November 17, 2015 1:30P.M. Ronald Ray, son of Gladys (McGill) and Joseph W. Heaton was born on April 29, 1934 near Capron, Oklahoma. He passed away at the Alva Share Medical Center on the 14th of November at the age of 81 years, 6 months and 16 days. He lived on the farm helping his parents and brothers with things around the farm until October of 2008 when he moved to Share Convalescent Home to live. Mr. Heaton was preceded in death, by his parents, Joseph on April 6, 1965 and Gladys on January 10, 1988 and two brothers, Joseph “Joe” David on May 2, 2012 and Richard Mac on October 11, 2013. Ronald is survived by his three nephews, Joseph Lynn Heaton and wife, DeeAnne and their two sons, Andrew and Adam and wife Kelli, Gary Dale Heaton and Dan Duane Heaton and wife, Karen and their children, Jeff & and wife, Jaci Heaton and their children Jantz, Jayt and Jacon, Derek and wife, Beth Heaton and their children Cord and Collins and other relatives and friends. Memorial contributions may be made in his memory to Share Convalescent Home

The family of Ronald Ray Heaton created this Life Tributes page to make it easy to share your memories.

Send flowers to the Heaton family.