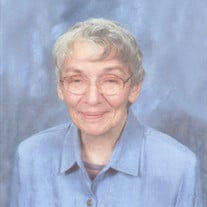 Ramola Marilyn Merington (Rae) and her twin brother Richard Neil were born in Shawnee Oklahoma on June 3, 1927. During World War II the family moved to Orange TX. Here Rae graduated from Stark High School and then worked as a clerk in the International Machinists’ Union Hall. In 1944 Rae started college at the University of Oklahoma in Norman, working toward a degree in chemistry. While at the university, she met Lt Vernley Fred Thomas (Fred), a graduate of West Point, who was assigned to the University of Oklahoma ROTC unit while he worked first on his bachelor’s and then his masters’ degree chemical engineering. Rae received her bachelors’ and Fred his Masters’ in the spring of 1948. On May 27, 1948 they were married. After the marriage Lt and Mrs. Fred Thomas were posted to the Springfield Armory, Springfield MA. Here in 1950 their first child, Neil Alan, was born. Lt Thomas also became Capt Thomas. In June 1950 President Truman ordered American forces into South Korea to aid the South Koreans in their fight against the North Koreans. Later in 1951, Captain Thomas was posted to the 24th Infantry Division, stationed in Korea. Rae and Neil went back to Orange TX while Fred served in the war. In 1952 Capt Thomas was posted to Japan and Rae and Neil joined him there. In 1953, Fred William, the second child of Rae and Fred was born, in Tokyo. While in Japan, Rae took art lessons and started painting. One of her paintings is hung in the Prayer Room of the First Baptist Church in Alva OK. After Japan, Capt Thomas was posted to the Pentagon. Rae, Neil and Fred of course went with him and in 1955 a third son, Brian David was born at the Bolling Air Force Base Washington DC. While they were assigned to the Pentagon, the Thomas family attended Forestville Baptist Church in Forestville MD where Rae and Fred became active members. In 1957 the family was transferred to the Aberdeen Proving Ground MD. A year later they were sent to Germany. It was here that Fred learned he had cancer and was rushed to New York for surgery. Rae joined him there, but the cancer won and Rae was widowed on March 21, 1958. After becoming a widow, Rae settled herself and her family in Forestville, MD both to be near the military installations in the DC area and to resume her church membership at Forestville Baptist Church. The family spent summer vacations now in Texas, now in Maine because Rae wanted her children to know their relatives on both sides. When her children were small, Rae spent most of her time being a mother. But as they grew she also took up other activities. In 1962 she began working as the assistant librarian in the church library, a job which led to her going back to school at the University of Maryland where she received her masters’ in library science in 1972. After receiving her degree she worked in the technical library of Value Engineering in Alexandria VA for a year. She also worked for H & R Block during tax season for a number of years. A couple of years after getting her library science degree, Rae moved up from assistant to head librarian at Forestville Baptist Church She was also active in other church functions and used her artistic skills in promoting church and community activities. Even after her sons were grown Rae worked with the Southern Baptist Youth seeing it as a way to stay connected with the world. She also stayed connected by helping military couples who attended Forestville Baptist settle into DC military life and by serving on the board of the Baptist Home of Maryland. And as her sons married, she became a grandparent. In 2002 she moved from Washington DC to Alva, OK to be close to at least one son and watch three of her grandchildren grow. She remained active in the church for as long as she could and enjoyed activities at Northwest Oklahoma State, especially the anniversary production of “Oklahoma”, because it reminded her of the time she had watched “Oklahoma” in Oklahoma City with Lt Fred Thomas, back when they were in college and dating. Ramola Marilyn Merington Thomas died Oct 14, 2010; she is survived by her sons, four grandsons and two granddaughters. PDF Printable Version

Ramola Marilyn Merington (Rae) and her twin brother Richard Neil were born in Shawnee Oklahoma on June 3, 1927. During World War II the family moved to Orange TX. Here Rae graduated from Stark High School and then worked as a clerk in the International... View Obituary & Service Information

The family of Ramola Marilyn Thomas created this Life Tributes page to make it easy to share your memories.

Send flowers to the Thomas family.