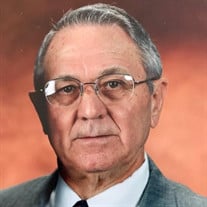 Not sure what to send?

passed away at the age of eighty-six on January 1, 2022. Beloved husband of the late Marjorie Gagnon for sixty-six years; loving father of Francis (Lesley) Gagnon, Cynthia (Robert) Reeg, and Glenn (Georgianna) Gagnon; cherished grandfather of Amy Tilley, Adam and Andrew Gagnon, Katie (John) Gresko and Laura Cass, Matthew (Jordon Agee) and Daniel (Megan) Reeg, Luke (Desirae) Gagnon and Abbey (Rich) Bachmann; loving brother of the late Doris Landry, Margaret McKibben, Hank Gagnon, Robert Gagnon, Daniel Gagnon, and his two surviving sisters Annette Roberts and Sheila Jenson; dearest great-grandfather of Avery Tilley; Jack, Evan, Lucus, Oliver, and Isabelle Gresko; Sam, Max and Lucy Reeg; Zoey, Izabella and Jerzee Gagnon. Ralph was born on the plains of western Kansas in Zurich, a small town rooted in waving wheat and strong family ties. He loved wood-working, gardening, stained glass and the Kansas City Chiefs. Always industrious and ever on the hunt for his next adventure, he resided in dozens of mid-west locales in his life. He was quick to make new friends and share a joke or two. A truly generous man—he lived his life of faith every day. He was a most loving father and will be greatly missed by all his family. A Rosary will be said at 7pm on May 27 and a funeral mass held at 10am on May 28 in Alva, Oklahoma at Sacred Heart Catholic Church. Memorial contributions may be sent to Catholic Charities or Sacred Heart Catholic Church

The family of Ralph Gagnon created this Life Tributes page to make it easy to share your memories.