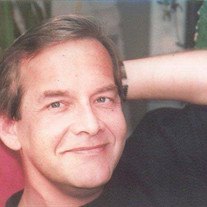 Preston Leon, son of Eleanor M. (Scripsick) and Dale E. Pulliam was born on October 11, 1947, in Hardtner, Kansas the oldest of four boys, Marty "Doc", Kelly and Skyler. He passed away on November 26, 2016 in Dallas, Texas at the age of 69 years 1 month and 15 days. He was the Valedictorian of Capron High School Class of 1965. He went on to earn a Bachelor of Science in Political Science from Oklahoma State University in 1969, and a Juris Doctor from the University of Oklahoma College of Law in1972. He lived life with a fullness and sense of giving unknown to most. He worked as an attorney in many roles throughout his life including at the Federal Deposit Insurance Corporation in Dallas. But his life's work was in improving the lives of others. Since 2008, Preston was the primary benefactor of the Metropolitan Community Church in Santo Domingo, Dominican Republic. Thanks to his generosity and his dedication to the well-being of the LGBT community of Santo Domingo, the church was able to accomplish amazing things, including: � Making great strides in social justice through testifying before the nation's Senate on equality concerns of the LGBT community. � Organizing and leading protests for human rights and gender-related issues. � Partnering with HIV/AIDS organizations on education and prevention campaigns. � Major outreach and services to the LGBT Haitian community. � Providing clothing and food for the homeless. Through Preston's generosity, many lives have been changed as God�s unconditional love for all people was proclaimed boldly. Thanks to Preston, the church became a beacon of light shining brightly for the LGBT community of Santo Domingo. Preston is predeceased by his parents, Dale on June 21, 2006 and Eleanor on June 27, 2010. Preston is survived by his brothers, Skyler Pulliam of Dallas, Marty "Doc" Pulliam of Enid, and Kelly Pulliam and his wife, Patty of Alva; five nieces and nephews, Ashley Withers and her husband Robert of Dallas, Sarah Pulliam of Dallas, Emily Pulliam of New York City, Kasady Bradford of Alva, and Kade Pulliam of Chicago; a great niece, Layla Withers of Dallas, and a great nephew Kellen Bradford of Alva. Preston is predeceased by his parents, Dale and Eleanor Pulliam. In lieu of flowers, please consider making a donation to the Metropolitan Community Churches designated for mission work in the Dominican Republic.

Preston Leon, son of Eleanor M. (Scripsick) and Dale E. Pulliam was born on October 11, 1947, in Hardtner, Kansas the oldest of four boys, Marty "Doc", Kelly and Skyler. He passed away on November 26, 2016 in Dallas, Texas at the age of 69... View Obituary & Service Information

The family of Preston Leon Pulliam created this Life Tributes page to make it easy to share your memories.

Send flowers to the Pulliam family.