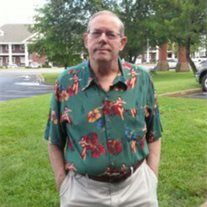 Leo B. Myers was born on April 8, 1943 in Wichita, Kansas, to Lewis and Grace Jones Myers. He passed away at the Enid Integris Bass Baptist Health Center on the 26th of February at the age of 71 years, 9 months, and 18 days. He attended the Sacred Heart Catholic School in Alva through the eighth grade and graduated from Alva High School in 1961. He attended Northwestern State College where he played football and ran track before graduating in 1967 with a BS degree in Physical Education. After graduation, Leo was commissioned into the United States Marine Corps as a Lieutenant. Following training at Quantico, Virginia, he fought with the 2nd Battalion 5th Marine Regiment. He was severely wounded in the Battle of Hue City during the Tet Offensive in February 1968, for which he was awarded his second of two Purple Hearts. During the battle he single-handedly attacked entrenched North Vietnamese soldiers with grenades for which he was awarded the Silver Star for his gallantry and distinguished service. After spending approximately a year and a half in the Naval Hospital in Corpus Christi, Texas, recovering from his wounds, he received a disability retirement from the Marines. He then taught physical education and coached football in Chinle, Arizona. In 1978 he moved to Corpus Christi, Texas, and began working at the Texas Employment Commission in the veteran's department helping veterans find jobs. On July 21, 1979, he married Colleen Ann Glasgow in Alva. They made their home in Corpus Christi where they had two children, Natalie Ann and Phillip David. In 1992 they moved to Alva where he began working at Central National Bank until his retirement in 2004. He was an avid football fan and counted the days until the new season began each year. He also loved watching old movies with his son. One of the biggest highlights of his life was his 7 month old grandson, Cash. He loved holding him and trying to teach him new things. He also insisted on seeing at least one picture of him everyday. Leo is survived by his wife, Colleen, of the home, his daughter, Natalie and her husband, Glen Knight of Norman, his son, Phillip of Alva, his grandson, Cash Lennon Knight of Norman; his sister, Marilyn Myers of Alva, and brother, Steve Myers of Phoenix, Arizona; sisters-in-law Dana and her husband Robert Hooper of Paradise Valley, Arizona, and Kelli and her husband Jarek Kelnar of Oklahoma City. He is also survived by two nephews, one niece and other relatives and many friends. PDF Printable Version

Leo B. Myers was born on April 8, 1943 in Wichita, Kansas, to Lewis and Grace Jones Myers. He passed away at the Enid Integris Bass Baptist Health Center on the 26th of February at the age of 71 years, 9 months, and 18 days. He attended the... View Obituary & Service Information

The family of Leo B. Myers created this Life Tributes page to make it easy to share your memories.

Send flowers to the Myers family.