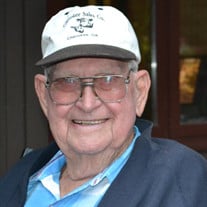 Kenneth Ray Cole, the only child of Herschel and Ruby Cole was born August 30, 1928. In 1942 his family moved to the farm north of Alva, where his family farmed and milked cows. Kenney never wanted to take up the farming life, so as a young boy he worked at jobs such as delivering ice, and as a teen, working for the railroad. In 1946, just as World War II was winding down, he joined the US Marine Corps. Kenney did his basic training in San Diego where he became a cook. Since the war was ending, he fortunately missed being sent into battle. Instead his life as a Marine combined hard work and long hours in the kitchen with opportunities to take in the sites and sounds of Southern California in the late 1940s. He also served aboard an aircraft carrier, the USS Biarocco. Like most service men away from home, he got a little homesick. So his mother Ruby, who cooked at the Oklahoma Cigar Store persuaded Jo Ann Scribner, daughter of the proprietor, to write him some letters. That began the love story that lasted over sixty six years. Kenney and JoAnn married on February 17, 1950. The young couple set up residence in an apartment, but soon after purchased a home where they spent the next 65 years together. Kenney bought a truck and started a trucking business, but the late night hours didn’t agree with him. One late night half asleep he drove across a not quite open to the public new bridge. That experience led him to sell the truck and seek other employment. Kenney hired on to the police force, and that became his career. Very shortly after joining the force, he became Chief of Police. He strove to make the small town force as professional as possible, attending training sessions whenever he could. Because the city at that time could not afford to provide him with a patrol vehicle, he outfitted the family car, a 1958 PINK Rambler station wagon with a police radio. “Pinky” took the family on many a camping trip and the restored wagon was a fixture at local car shows. After retiring from the police force in 1975 the Coles bought their first motor home. They spent the next 40 years traveling to 49 states. (They flew to Hawaii) They spent fall fishing in the gulf, often with Norma and Harry Kline. Then after Christmas it was off to Winterhaven CA. In summer when the temperature soared around Alva, they would take the motorhome to Woodland Park Colorado. Often their grandchildren would join them for adventures in the motorhome. The grandchildren also loved visiting in Alva where Grandpa Kenney patiently taught everyone to drive. Kenney was a lifelong musician and had the God given talent to pick up almost any instrument and play it. Family gatherings were always full of music and singing. In addition to being a policeman, Kenney joined the National Guard. He spent over thirty years as a National Guardsman, rising to the rank of Warrant Officer. Kenney passed away quietly at Beadles Nursing Home on Wednesday November 2 at the age of 88. Kenney is survived by his wife of 66 years, Jo Ann Scribner Cole. Daughter Virginia and her husband Jon David Toler of Belleville, IL, their two daughters, Victoria Lillian and husband Brian Uphoff of Seattle, WA. And daughter Ann Kathleen and husband Brian Neighbors, with their daughter Natalie, also of Belleville. Also daughter Susan and husband Dave Koontz of Alva and their daughters; Allison Cole and husband Troy Bush of Boulder. CO with their daughters Chloe, Charlotte and Lydia; and Sarah and Elliott Bates and their daughter Aubrey Allison and many other relatives and friends.

Kenneth Ray Cole, the only child of Herschel and Ruby Cole was born August 30, 1928. In 1942 his family moved to the farm north of Alva, where his family farmed and milked cows. Kenney never wanted to take up the farming life, so as a young... View Obituary & Service Information

The family of Kenneth Ray Cole created this Life Tributes page to make it easy to share your memories.

Kenneth Ray Cole, the only child of Herschel and Ruby Cole was...

Send flowers to the Cole family.