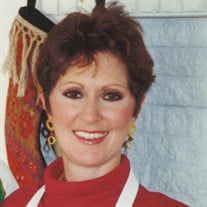 Not sure what to send?

Kathryn L. Helms died on the morning of November 24th, 2021, in Tampa, Florida after an arduous and heroic battle with Alzheimer’s disease. Born in Alva, Oklahoma in December of 1948 to her now departed parents, Orin and Louise Lancaster, Kathy had two daughters with her first husband. Her first daughter, Stacy, preceded her in death at the age of 16 years and 10 months. Kathy married the love of her life, Fred D. Helms, in Oklahoma in 1978, and not long after Fred’s retirement in 1998, they moved from Oklahoma to Arizona to be close to family. During their time in Oklahoma, they had resided in Alva, Woodward and Muskogee. They shared thirty-three years together along with a mutual affection for Scottsdale, Arizona and the Sonoran Desert. Kathy graduated from Alva High School in the Class of 1967 and spent much of her life as a loving homemaker. She remained a dedicated caretaker to Fred as he endured illness until succumbing in 2011. Kathy was eventually diagnosed with Alzheimer’s and was unable to fully enjoy much of what she had hoped to experience in her later years. Kathy had a special fondness for flowers and enjoyed interior design, shopping, and “cooking up a storm” for friends and family. She especially relished being called Mimi by her step grandchildren. Despite Kathy’s struggles in her final years, she lived with dignity and with love, and discovered a “special” passion for music and dancing. She is survived by her youngest daughter, and best friend, Sherilyn L. Meadowcroft. Shary’s husband Charles. Her sister Debbie Triplett along with Debbie’s daughter Candyce Triplett and granddaughter Sydney Triplett. She is also survived by her stepchildren and their spouses: Roger and Darla Helms, Fred and Nancy Helms, and Kristi and Jim Wilson. She leaves behind seven step grandchildren. Kathy fought a great and noble fight, finished her race, and kept the faith. May she now rest in peace. Kathryn Helms will be missed.

Kathryn L. Helms died on the morning of November 24th, 2021, in Tampa, Florida after an arduous and heroic battle with Alzheimer&#8217;s disease. Born in Alva, Oklahoma in December of 1948 to her now departed parents, Orin and Louise Lancaster,... View Obituary & Service Information

The family of Kathryn L. Helms created this Life Tributes page to make it easy to share your memories.