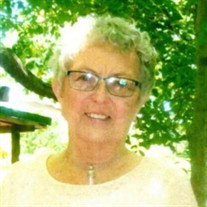 Johnnie Sue joined the Forbes Family with sisters Billie and Jerrie, and brothers Tom and Joe, on May 23rd 1936. She soon became an older sister to brother Bob a few years later. The Forbes Family matriarch was a single mother – Beulah “Toots”. Times were tough for the Forbes’ in the late 30’s and most of the 40’s. Johnnie Sue attended Buffalo schools where she excelled at basketball and graduated high school in 1955. Later in ’55 Johnnie’s first son Tom was born and the two joined Grandma Pearl (Ma) and Grandpa Hoss Rains’ household. The home was a meager three room house in Buffalo. To provide for baby Tommy, Johnnie waited tables at the Chuckwagon Café for 23 cents an hour PLUS TIPS; and also did ironing for other families – 5 cents per piece. Neighbors and family members helped keep an eye on baby Tom. In 1956 Johnnie Sue married William “Bill” Gregory and in 1957 Johnnie gave birth to another boy William Gregory Jr. or J.R. as he’s known. The Gregory’s moved to Woodward in 1959 and that was home for 22 years. During this time Bill worked for the State Highway Department and later became a police officer during the mid to late 60’s and Johnnie did some part time work with Kenny Vasser and the Dairy Queen in Woodward. Johnnie hired her sister in law Ginger Forbes and the two attended what we can now say was the ORIGINAL food truck. Johnnie’s son’s participated in all the seasonal sports from Kid’s Inc. through their senior years of high school. Never one to miss a game with her boy’s participation Johnnie travelled with other mothers to out of town games, and they never missed a home game. Both J.R. and Tom never participated in a game without a freshly laundered AND PRESSED uniform. Many umpires and referees knew her by name. In 1968 Bill & Johnnie purchased the S&S Recreation Center acquiring THREE different loans to pay the mortgage and never missed a payment. The S&S was renamed The Boomer Recreation Center in 1969 and Johnnie & Bill remained sports fans. Many can compliment Johnnie’s foot long cheese coney as one of the best - ever. Bill died suddenly in 1978 and Johnnie ran the business as best she could with the much needed, and much appreciated help from J.R. and nephew Calvin Forbes. But Johnnie wanted to try something different and sold the business in 1980. She met Edwin “Smiley” Olson at a dance in Freedom. The two were introduced by sister Billie Forbes Province and wedding vows were exchanged in the spring 1981. A drastic but much wanted change in direction was in store for Johnnie as she became the wife of a cattle rancher and the two of them ran the McKinley Ranch west of Freedom. The two travelled extensively but also remained rooted in the local heritage of Freedom. Never to miss a good time The Olson’s taught line dancing and were part of a good time going on in Freedom. In 1985 Johnnie purchased the corner store west of Freedom. Snoopy’s Corner as it was referred to was an active meeting place for ranchers and rancher’s wives. The sandwiches were fresh and delicious and the drinks were always cold except for the morning coffee which was offered on the honor code system. Sister Jerrie and her husband Daryll Finfrock lived part time at ‘The Junction’ and good times were had by all. Aunt Avis and Uncle Joe joined in on the fun many times. Smiley passed away in 2010 and sister Jerrie came to the rescue helping Johnnie manage Cimarron Junction. The two sisters survived a tornado at The Junction that did significant damage with a few minor injuries - hence the nickname the “Twister Sisters”. A challenge to keep the business open Johnnie shut down the commercial store but kept the saltwater business open and to this day you may see a customer or two doing business at Cimarron Junction. Good friend Greg Dies has been her manager and trusted confidant in Smiley’s absence. Johnnie Sue loved Greg Dies. Nephew Robert Max Province has helped Johnnie immensely and often through the years. Johnnie had a few health related problems begin to give her trouble the last few years and sought medical care where and when needed. Many friends and neighbors helped Johnnie with her visits to medical care facilities. Johnnie was very fond of and supportive of her good friends, all of Freedom and everything it offered her – her HOME. At the risk of leaving someone very close to Johnnie off this list (the list would be pages long!) you know who you are and Johnnie Sue loved you. Johnnie had broken her leg and her hip a few weeks ago, had surgery to repair the injury and came home to begin rehab when she began to not get along so well. She was admitted to the Harper County Hospital in Buffalo and passed away Monday morning October 18th with Tom at her side. Johnnie Sue Forbes Gregory Olson was preceded in death by her mother Beulah Toots Forbes, siblings Billie Province, Tom Forbes, and Joe Forbes. She is survived by her sons, Tom Gregory and wife Pam of Rockwall TX and J.R. and wife Becky of Burleson TX, sister Jerrie Finfrock, Tucson AZ, Sister in law Avis Forbes of Enid, OK, brother Bob Forbes, part time Freedom and The Colony TX, grand children Keith and wife Christy of Freedom, Shannon Gregory of Richmond VA, and Jacob Gregory and Kailey of Salt Lake City UT. She is also survived by numerous great grandchildren, nieces, nephews. She was loved and will be missed. And as a final wish from Johnnie – “Boomer Sooner!” Her wishes were for cremation and her ashes spread as she has described to her family.

Johnnie Sue joined the Forbes Family with sisters Billie and Jerrie, and brothers Tom and Joe, on May 23rd 1936. She soon became an older sister to brother Bob a few years later. The Forbes Family matriarch was a single mother &#8211; Beulah... View Obituary & Service Information

The family of Johnnie Sue Olson created this Life Tributes page to make it easy to share your memories.

Johnnie Sue joined the Forbes Family with sisters Billie and...

Send flowers to the Olson family.