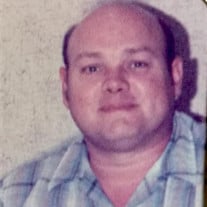 John Aubrey son of Verda Louise (Diel) and Louis Aubrey McGee was born October 02, 1941, in Cherokee, Oklahoma. He passed away December 12, 2017 at Harris SW Hospital in Forth Worth, Texas at the age of 76 years, 2 months and 10 days. John began his schooling in Alva, Oklahoma later to move with his family to Olathe, Kansas during the Korean War. After the war the family returned to Alva, Oklahoma where he graduated High School in 1959. John attended Northwestern Oklahoma State University in 1960. John joined the Navy Reserve in 1958 and became Active duty in 1960 with the Navy Reserve. He continued his service with the Navy till October 28, 1963. John was united in marriage to Sherry Marie Geisler on October 02, 1960 at the NAS Base in Olathe, Kansas. Of this union two children were born: son John Allen, and daughter Tina. John and Sherry made their home in Olathe, Kansas while the children were younger. Later in 1970 they moved to Newton, Kansas where John began his career with the Santa Fe Railroad as a Brakeman/Switchman/ Conductor. John was transferred by the Santa Fe Railroad to Forth Worth, Tx., Where he moved his family in 1974 and worked with the Santa Fe Railroad /Amtrak for 37 years. John had an enjoyment and a hobby with miniature railroad trains. Over the years he built a replica of the Newton Railroad station. John is preceded in death by: his grandparents, John and Molly Diel, parents Verda Louise and Louis Aubrey McGee. He is survived by his wife of 57 years of the home Sherry, of Benbrook, Texas Son: John Allen McGee of Benbrook, Texas. and Daughter: Tina Rodriguez of Austin, Texas. Two grandchildren: Aaron Rodriguez and Marcus Leevy McGee. Cousin: Claudia Will and many more family, cousins, and friends. Graveside Service to follow at Cherokee Municipal Cemetery at 3:30P.M Cherokee, Oklahoma. In Lieu of flowers Memorial Contributions may be made to the Salvation Army at: http://www.salvationarmyusa.org/>

John Aubrey son of Verda Louise (Diel) and Louis Aubrey McGee was born October 02, 1941, in Cherokee, Oklahoma. He passed away December 12, 2017 at Harris SW Hospital in Forth Worth, Texas at the age of 76 years, 2 months and 10 days. John... View Obituary & Service Information

The family of John Aubrey McGee created this Life Tributes page to make it easy to share your memories.

Send flowers to the McGee family.