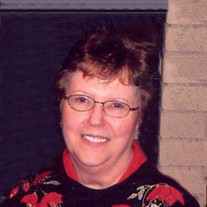 Janene Delores, daughter of Roberta Maude (Nicola) and Raymond Hale Dunnigan was born February 6, 1935 in Alva, Oklahoma. She passed away at the Alva Share Hospital on the 12th of November at the age of 75 years, 9 months and 6 days. She attended the Alva Public School System and graduated May 21, 1953. Miss Dunnigan was married to Roy Hugh (Bud) Pfleider on April 7, 1953 in Alva. To their marriage three children; Joni, Toni and Mike were born. Janene worked as a seamstress, at a flower shop, ran a children’s daycare, and cared for the elderly. She also worked in her church and home extension club. On May 25, 2000 Janene married Leo Lonnie West at Elm Grove. Following their marriage they made their home in Alva. She loved the Lord but the joys of her life were her children, grandchildren and great grandchildren.. Mrs. West was preceded in death by her brother, Darrel Rae on July 1, 1945, her mother on November 5, 1997 and her father on December 13, 2002 and a step-daughter Annette West. Janene is survived by her husband Leo of the home, her two daughters and their husband, Joni and Bill Foreman, of Casper, Wyoming and Toni and Greg Bender, of Kingfisher, Oklahoma; a son and his wife, Mike and Dannel Pfleider, of Alva. Nine grandchildren and their spouses; Zeb and Andrea Lyon, Ray Lyon, Daryl Foreman, Jillian Foreman, Derek and Katherine Foreman, Laci and Brian Kavanagh, and B.J. and Kari Bender, Clint and Evie Pfleider and Kyle and Sammi Pfleider; eight great grandchildren; Marley, Stella, Talon Lyon, Brayden and Brycen Kavanagh, Hunter and Adyson Pfleider and Blake Foreman. A brother and his wife Dale and Della Dunnigan and special niece Denise and her husband Chris Emmer; a brother-in-law and his wife, Bill and Helen West. A step-daughter Charlotte Coffey and five step grandchildren, Terra, J.R., Lonnie, Ryan and Nathan. In lieu of flowers the family request that donations be made in Janene’s name to the Alva Church of God. PDF Printable Version

Janene Delores, daughter of Roberta Maude (Nicola) and Raymond Hale Dunnigan was born February 6, 1935 in Alva, Oklahoma. She passed away at the Alva Share Hospital on the 12th of November at the age of 75 years, 9 months and 6 days. She attended... View Obituary & Service Information

The family of Janene Delores West created this Life Tributes page to make it easy to share your memories.

Send flowers to the West family.