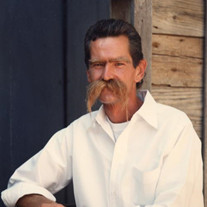 Harry Davis Fisher was born March 1, 1950, in Alva, Okla., to Gilbert and Dorothy (Hageman) Fisher. He passed away on October 16, 2018 at the age of 68 years 7 moths and 15 days. He attended school at Alva, graduating with the class of 1968, and attending Northwest State College for one year before joining his father with Fisher Paint Company full time. In January of 1971 Harry married Cheryl Shafer, and into this union daughter Cherie Elise was born. He later married Constance Helterbrake in November of 1979, and into this union son Benjamin Leroy was born. Harry worked with is father Gilbert for many years with Fisher Paint Company until he took over the family business. He was a skilled painter, and many considered him an artist. His free time was spent fishing the farm ponds and camping all around northwest Oklahoma. He was preceded in death by his parents, grandson Nolan James Hurst, brother Larry Don White, and sister Kaye Tatro. Harry is survived by his mom Phyllis Fisher of Alva, Okla., daughter Cherie Hurst and husband Jim of Alva, Okla., son Leroy and wife Amanda of Chester, Okla., grandsons Kiowa and Kamon Fisher and Gage Hurst, granddaughters Alaina and Abigail Hurst and Addison Fisher, sister Jane Gaskill of McKinney, Texas, and brother Dean and wife Louise Fisher of Woodward, Okla., sister Dorothy Lea Deen of Merkel, Texas, and many nieces and nephews. Memorial contributions may be made in his memory to OMRF Cancer Division.

Harry Davis Fisher was born March 1, 1950, in Alva, Okla., to Gilbert and Dorothy (Hageman) Fisher. He passed away on October 16, 2018 at the age of 68 years 7 moths and 15 days. He attended school at Alva, graduating with... View Obituary & Service Information

The family of Harry Davis Fisher created this Life Tributes page to make it easy to share your memories.

Send flowers to the Fisher family.