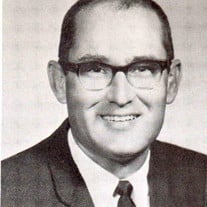 Harold W. (Buddy) Murrell fabled football and track coach finished the anchor leg Saturday, Sept. 17, 2016 at 86 years old. He was born August 9, 1930, in Purcell, OK. to Knox & Alma (Wells) Murrell. Buddy graduated from Purcell High School and then went on to play college football, first at Murray State College at Tishimingo, and the last two years at East Central State University in Ada, OK. He served two years in military service in between. Buddy was honored as a “Golden Tiger” and was presented his medallion in Ada, OK. Buddy’s first coaching and teaching position was in Ada, OK in 1952. His next stop was Wynnewood, OK followed by a few years at Coalgate, Ok. He then accepted the head football and track field coaching job in Cherokee, OK in 1956. He remained there for over 30 years until his retirement in 1985. His football teams achieved great success culminating with the, 1969 team that went undefeated. That same year, he was named as an All-State coach for the Oklahoma Coaches Assn. Football team. He led the Cherokee Chiefs to 5 state titles, 2 state runnerups, and numerous regional championship, spanning three decades. The State title were in 1969, 1971-1973, and 1982. Buddy has been inducted into the OCA (Oklahoma Coaches Association) and OTCA (Oklahoma Track Coaches Association) Halls of Fames. Buddy is survived by his son, Tony Murrell and wife Janelle of Elk City, OK, a daughter Cyndy Burris and husband Jon of Edmond, OK, son Andy of the home and son David and wife Marie of Duncan, OK. He loved his grandchildren and did his best to spoil them, they include Ryan Murrell, Austin, TX, Aija (Mike) Springer, Edmond, Ok, Kari (Bob) Brown, Houston, TX, Madeline Murrell, Tulsa OK and Sarah Murrell, Duncan, OK and 3 great grandchildren. He was preceded in death by his parents and wife of 54 years, Stella (Brooks) Murrell, also his brother Kenneth Murrell, sister, Mary Nell Glascow and his twin sister Betty Richerson, and his grandson Rhett Murrell. In lieu of flowers, please contribute to Buddy Murrell Memorial Fund at Alfalfa County Bank.

The family of Harold Murrell created this Life Tributes page to make it easy to share your memories.

Send flowers to the Murrell family.