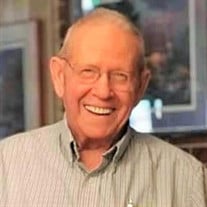 Glen Hamilton Hasty passed away on Tuesday, December 22, 2020 at the age of 80. Glen was born on June 10, 1940 to Claude and Rosella Hasty in Meriden, Kansas. Glen spent his youth growing up in Colorado. Upon graduating from High School in... View Obituary & Service Information

The family of Glen Hamilton Hasty created this Life Tributes page to make it easy to share your memories.

Send flowers to the Hasty family.