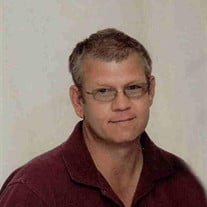 Frank son of Mary "Maxine" (Gum) and William "Bill" Utterback was born December 19th, 1960 at the Alva General Hospital and passed May 3rd, 2018. Frank was raised in the Alva community until the family moved to Avard, Ok. He began school at Avard attending through the 1st grade before transferring to Waynoka schools and graduating with the class of 1979. Frank went on to attend Wichita Automotive Institute in Wichita, KS Frank was very active during his school days with his 4H and FFA projects which consisted of raising and showing sheep, agricultural judging, and speech contest. During high school Frank worked for area farmers. After completing automotive school Frank began an 18 year career working for Bob Coker motors and continued working at Mark Ream Motors after the change of ownership. The summer of 1997 Frank began working for Dacoma Farmers Co-op as an agricultural chemical applicator. In 2015 he began working in the trucking industry for Cryogenic Transport Industries and later moved to Triple J Trucking before starting his own company The 458 Express, LLC. June 23, 1979 Frank was united in marriage to Darla Arndt to this union four children were born, Jason, Bridget, Elizabeth, and Megan. Frank was very active in and supportive of his children and there many actives. He enjoyed working with his hands building wood projects, home remodeling, and teaching his grandsons many things. He was preceded in death by his daughter Elizabeth Kristen Utterback, brother, Tim Utterback, nephew Ryan Utterback, mother in law Lucy Arndt, and his paternal and maternal Grandparents. Continuing his legacy are his wife Darla, his son Jason Utterback of Oklahoma City, daughter, Bridget Eck and her sons, William and Chris of Bartlesville Ok, daughter, Megan Stephens and her husband Dusty, Alva ok.; his parents, Bill and Maxine; brothers Danny and James, of Alva ok, Sister Darla Coulter, of Alva Ok, father in law Willie Arndt (Mary Alice) of Waynoka Ok, and other relatives and friends. In lieu of flowers Contributions may be made to the Alva 4-H or Future Farmers of America through Wharton Funeral Chapel

Frank son of Mary "Maxine" (Gum) and William "Bill" Utterback was born December 19th, 1960 at the Alva General Hospital and passed May 3rd, 2018. Frank was raised in the Alva community until the family moved to Avard, Ok. He began school at... View Obituary & Service Information

The family of Frank Utterback created this Life Tributes page to make it easy to share your memories.

Send flowers to the Utterback family.