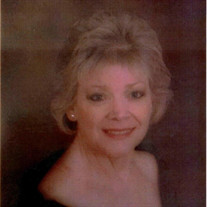 Diana Ruth Hunt, 70 of Alva passed away in her home in Alva on March 29, 2021. A memorial service will be held on Friday April 9th, 2021 at 10:30a.m. at the Church of God in Alva. Diana was born in Fort Worth, TX on January 5, 1951 to Ima Ruth and Fred Emerson Bryson. She attended Arlington Heights High School in Fort Worth and then John Peter Smith Nursing School, where she received her degree/certificate as a registered nurse. Diana worked as a registered nurse in the emergency room and operating room most of her career, both in California and Texas. She moved to San Francisco in 1986 and worked at California Pacific Medical Center as an operating room nurse. Diana moved to Patterson, CA to raise her daughter in a smaller, close-knit town. In 2009, she returned to Texas, where she continued her career as an operating room nurse. She greatly enjoyed the rigorous but rewarding work. In 2014, after enjoying a few years of retirement, she followed her daughter and son-in-law to Oklahoma, where she remained until she passed. Diana is survived by her daughter Susannah and husband Tyler Welty of Alva, two grandchildren Bryson Welty and Tenallie Welty of Alva, brother Tim Bryson and wife Barbara Lovely of Carlton, TX, brother Kevin Bryson, sister Martha Bryson of Roseburg, OR, brother Shawn Bryson and wife Beth of Franklin, TN, brother David Briggs and wife Kym of North Richland Hills, TX, and many nieces, nephews, as well as great-nieces and great-nephews. She was preceded in death by her parents Ima Ruth and Fred Bryson, and her brother Michael Bryson.

The family of Diana Ruth Hunt created this Life Tributes page to make it easy to share your memories.

Diana Ruth Hunt, 70 of Alva passed away in her home in Alva on...

Send flowers to the Hunt family.