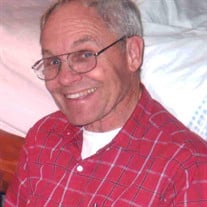 Charles Robert, son of Virginia Evelyn (Kraettli) and Harold Leroy Gasaway, was born on November 12, 1937 in Enid, OK. He passed away at Share Nursing Home in Alva, OK on November 15, 2021 at the age of 84 years and 3 days. The family moved to Norman, OK in 1941 while his father was overseas during World War II. Afterwards the family moved to Enid, OK where Harold established a law practice. Chuck attended school in Enid, OK graduating with the class of 1955. He went on and attended OU earning a BS in biology and graduated with the class of 1958. He was married to Carolyn Muir in Enid, OK in December 1958. To their union three children were born; Julianne, Tom, and Debbie. He continued his education at OU receiving a Masters Degree in Fisheries Biology in 1961 and was a member of ROTC. After college he served in the artillery in Lawton, OK for training and Fort Huachuca, AZ for the remainder of two years as a second lieutenant. Chuck worked at a goldfish hatchery in Richmond, MO for nine months, and then moved the family to Norman, OK to work for the Oklahoma Fish and Wildlife Service. After four years they moved to Yankton, SD for the US Fish and Wildlife Service. After four years Chuck decided to go to veterinary school at Texas A&M, graduating in 1975 as a Doctor of Veterinary Medicine. The family moved to Alva, OK where he established Alva Veterinary Clinic retiring in 2004. While working as a vet Chuck began volunteering with Christian Veterinary Missions, Prison Fellowship and Kiwanis. In 2011 he was selected as outstanding volunteer for Oklahoma Department of Corrections. Growing up he accepted Jesus and was baptized in the First Christian Church in Enid, OK, and for the last several years he and Carolyn have atended the First United Methodist Church of Alva. He was preceded in death by his parents and grandparents and a son-in-law, Van Lee Hodges. He is survived by his wife of the home, two daughters, Juli (Danny) Nelson and Debbie Hodges, a son, Tom; Two brothers, Allen Leroy and James Edward; Seven grandchildren, Brock (Hannah) Nelson, Jared (Keturah) Nelson, Amber (Brad) Calhoun, Samantha Gasaway, Kayle Hodges and Aurora Land, Tanner (Stormy) Hodges and McKinle Hodges; Seven great-grandchildren; Corban and Natalie Nelson, Gloria and William Nelson, Colbie Calhoun, Scout and Dean Hodges and several nieces and nephews and other relatives and friends.

Charles Robert, son of Virginia Evelyn (Kraettli) and Harold Leroy Gasaway, was born on November 12, 1937 in Enid, OK. He passed away at Share Nursing Home in Alva, OK on November 15, 2021 at the age of 84 years and 3 days. The family moved... View Obituary & Service Information

The family of Charles Robert ( Chuck ) Gasaway created this Life Tributes page to make it easy to share your memories.

Send flowers to the Gasaway family.