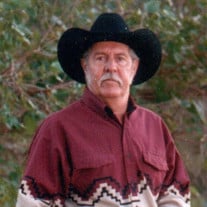 Bobby Joe was born to Ethel (Sandage) and Claude Thomas Wallis near Camden, Missouri on April 27, 1938 and passed away September 10, 2015 at the Alva Share Medical Center at the age of 77 years, 4 months, and 14 days. He attended school at Freedom, Missouri. Then he started working in construction building homes and roofing. After coming to Alva to find work in harvesting, he met Marva Haltom. They were married in Lamont, Missouri on August 10, 1957. To this marriage two children, Carolyn and Bradley were born. They moved to Kansas City, MO where he was employed in home construction. In the early ‘60s they returned to Alva and had a sheet-rocking business with Charles Newlin. During this era, they also lived in California where he was employed in pre-cast work for bridges and roadwork. In 1965 the family returned to Alva where he joined the Inter-National Bridge and Iron Workers local #48 Union out of Oklahoma City. He was employed building the new NWOSU football field and library, fabricating the metal work. Later he worked on the Alva Share Hospital and extensively throughout the northwestern United States as an iron worker. After retiring at the age of 55, Bob began raising cattle on the family farm. As a hobby, he also enjoyed hunting, trout fishing in Colo. and riding horses and motorcycles with his son, Brad. He loved working with his hands, building a complete horse drawn buggy. He was led to the Lord by Ben Bebermeyer in 1983 and loved his church, rarely missing a Sunday. For many years, Bob and Marva enjoyed being “snowbirds”, living in South Texas and Arizona. He was preceded in death by his parents and sisters; Juanita Wilfinger, Pauline Hardman, Lorene Richman, Maxine Adams, Virginia Medlen and Lois Wallis (died at infancy) . Bob is survived by his wife Marva of the home, son Brad & wife Shelly of Alva, daughter Carolyn & husband Steve Christensen of Kiowa, KS. His grandchildren are Brian & wife Jessica, Brandon, Nathan & Carrie Wallis, John & wife Fennie, Cody, Mark and Amy Christensen, and he has five great-grandchildren, Aaron, Zachary, Kayla & Lyra Wallis and Gavin Christensen. He is also survived by a sister Doris Tabor and other nieces, nephews, relatives and friends.

Bobby Joe was born to Ethel (Sandage) and Claude Thomas Wallis near Camden, Missouri on April 27, 1938 and passed away September 10, 2015 at the Alva Share Medical Center at the age of 77 years, 4 months, and 14 days. He attended school at... View Obituary & Service Information

The family of Bobby J. Wallis created this Life Tributes page to make it easy to share your memories.

Send flowers to the Wallis family.