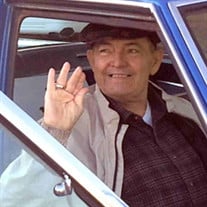 Austin Eugene Quinn was born May 2,1946 in Alva, Oklahoma, and passed away October 8, 2021. He was preceded in death by his wife Peggy, who passed away February 6, 2019. During the 1950’s, Little League Baseball in Alva was a very big part of our lives. I first met Austin in June of 1956. I was a first-year player for the Braves, and Austin a third-year player for the Cubs. I remember three things from that game. My first time at bat, their pitcher, later to become an endocrinologist, hit me in the head on the very first pitch, we got clobbered, and in the third inning, with the game well in hand, the Cubs changed pitchers. I heard one of my terrified squeaky-voiced 8 year old teammates say something to the effect, “Austin Quinn is pitching.” I still remember saying something to the effect of “Austin, I never heard of anyone named Austin”*, which was true, and what followed from that game was a 65-year friendship that featured countless rounds of golf, numerous trips to Kansas City, and Colorado for continuing education, as well as dozens of quail hunting trips to our homeland of Northwestern Oklahoma. During those 65 years, each of us experienced many good times, as well as some trying times, and we’ve always stuck together to support each other. He was raised and educated in Alva and graduated from Alva High School in 1964. He attended Northwestern Oklahoma State University, the University of Houston College of Optometry, and in May of 1973 graduated with his Doctor of Optometry degree from Southern College of Optometry in Memphis Tennessee. After graduation, Austin and Peggy chose Shawnee, Oklahoma to begin private practice of Optometry. They opened their office in March 1974, and over time developed a well-known and highly respected practice. In the fall of 1997, he moved his practice to the newly completed Robinson Eye Institute. He continued to care for his patients until his retirement in 2015. Both he and Peggy were excellent golfers, and they made 3 trips to the birthplace of golf, Scotland. Golf courses were their destination vacations. They were members of The Shawnee Elks Club and enjoyed many rounds of golf on their home course. He was a long-time member of the Shawnee Rotary Club. Austin was a people person, and he was a masterful teller of stories that possessed a consistent thread of mischievous, innocent exaggeration. If one was attending an educational conference and happened to observe several people who were apparently listening very intently to something, or someone, invariably one would see Austin right in the center of the gathering, holding court, and telling a story. He loved to make people laugh, didn’t take himself seriously and as such often poked fun at himself. He will be greatly missed. His persona of appearing to be grumpy was one of his favorite sports, but underneath he was generous, respectful, compassionate, and set a high standard of genuine unfailing loyalty to his friends. He consistently checked on his friends and if there was need to be met, he would step up right away, a true legacy of knowing how to be a real friend. He is survived by his Shawnee family Tim and Retha McGlothin, and his many Goldbug friends. His heart was always in Alva, and it is there that he will rest with Peggy and his parents. To honor Austin’s life, a graveside service will be held at Alva Menicipal Cemetery. Wearing Gold and Black will not be a requirement to attend, but Austin probably would be pleased if there were some Goldbug colors visible at his service. There was *only one Austin and we’re better and fortunate to have had him in our lives. In lieu of flowers, donations to the Alva Education Foundation ( make checks payable to C.F.O.) in care of Wharton's Funeral Chapel would honorably serve his memory.

The family of Dr. Austin Quinn created this Life Tributes page to make it easy to share your memories.

Send flowers to the Quinn family.